ANDREA is a three-legged chair in conical tubular steel, with armrests in moulded aluminium, and solid mahogany or oak for the seat and backrest. Taking over from Charles Eames in the quest for a three-legged chair, we have attempted to provide a solution to the problems of stability connected with a seat with these characteristics, searching for an original and creative response to an as yet unresolved problem in chair design. ANDREA is the result of empirical research carried out into the centre of gravity of chairs. The well-defined elliptical form used in creating the chair´s backrest and armrests avoids excessive movement which could alter the balance of the chair. Taking the Calvet chair designed by Gaudí as an historical source of reference, ANDREA´s development can be interpreted as a desire to bring about an aesthetic reconciliation between the historical memory and the present. On the one hand, the carved solid wood backrest and seat invite us to commune with the natural materiality of the object and clearly manifest the organic nature of the form. On the other hand, the metal structure is associated with the technological lightness of our era (the conical tubular legs) and also with the ethereal elegance of precious metals (the armrests are in cast aluminium). This compensation between mass and empty space is what gives ANDRE its sculptural image. Beyond its image, its play on forms and references also alludes to the sensual qualities associated with the legacy of the Mediterranean material culture. As a result, through an unbroken dialogue between functional, ergonomic, technological and poetic solutions, ANDREA represents an encounter between the traditional craftsman and modern industrial manufacturing, between the vestiges of designs from an earlier age and irrefutable contemporaneity. A multitude of practical applications have resulted in a second version being produced in integral polyurethane foam, which is extremely suitable for use in public facilities. Produced by: Andreu World Year of design: 1986 Year of production: 1988 www.andreuworld.com. design: Josep LLuscà. 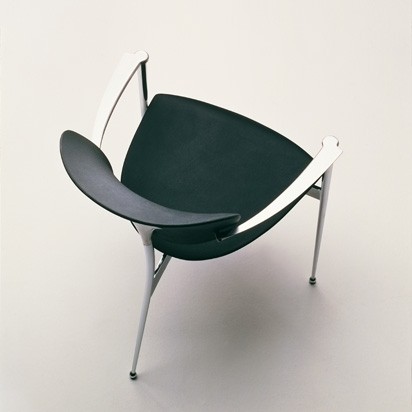 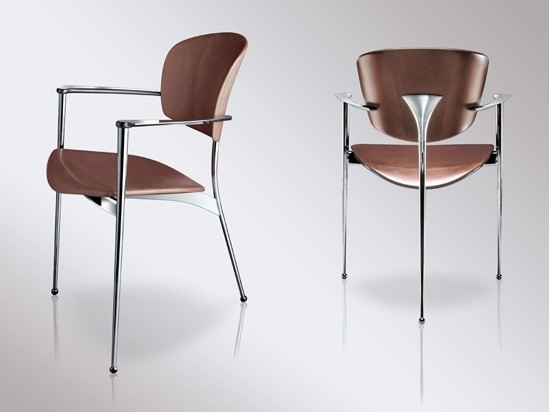 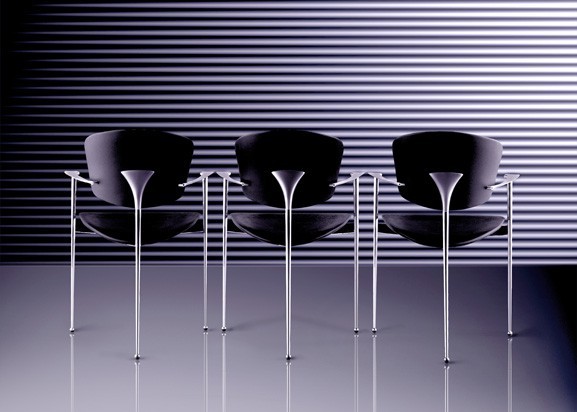 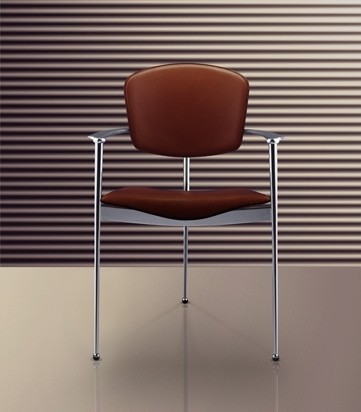 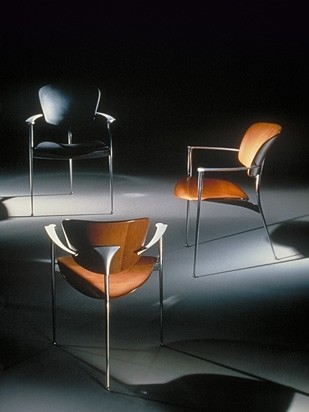 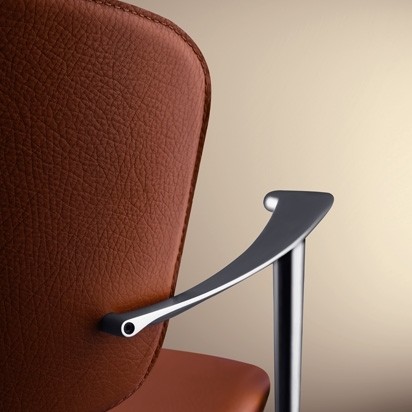