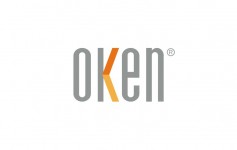 SOLO is a modular seating system that has been specially created for use in waiting rooms and foyers. The need for an area of this type does not only arise in large office facilities or installations but also in smaller offices and professional studios. Adapting to its environment, the SOLO series makes it possible to customise each individual setting, especially in professional environments. The different elements that make up this series are: module without armrests, module with a right armrest and module with a left armrest. The combination of these models covers all functional areas, ranging from armchairs right up to two, three or four-or-more-seater sofas. The peculiarity of SOLO lies precisely in the fact that it combines the comfort of a sofa with a modular design and standardisation, which gives it a great deal of functional versatility. The modules are produced with a metallic structure covered in flexible polyurethane and the legs are in chrome plated aluminium alloy. A version with solid natural beech wood legs has also been produced. The seats can be complemented with a square or rectangular side table, which is adaptable to different angles, with a polyurethane resin lacquered tabletop and the supporting structure is manufactured in cold work tubular steel. The importance of ergonomics in the SOLO design is evident. Its forms are identified with those of the human body and the simplicity which dominates the piece does not detract from its ergonomic appearance. This chair has initiated an entire series of hardseats that will be developed in subsequent designs, getting away from the misconception of soft is the equivalent of comfort. Unlike other systems of this type, the modular unit in this case really does work. And as a result the product has been given the name of SOLO. Produced by: Oken (European Design Award 1997) Year of design: 1990 Year of production: 1991 www.oken.es. designed by Josep LLuscà. 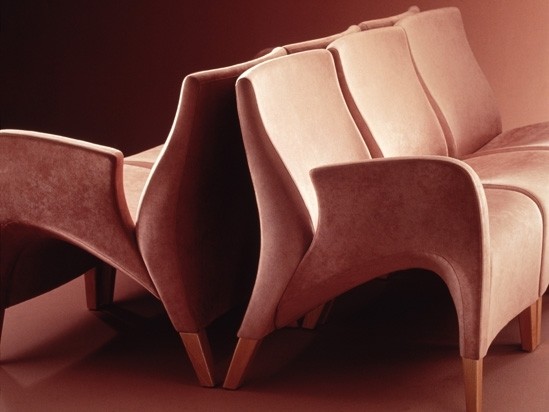 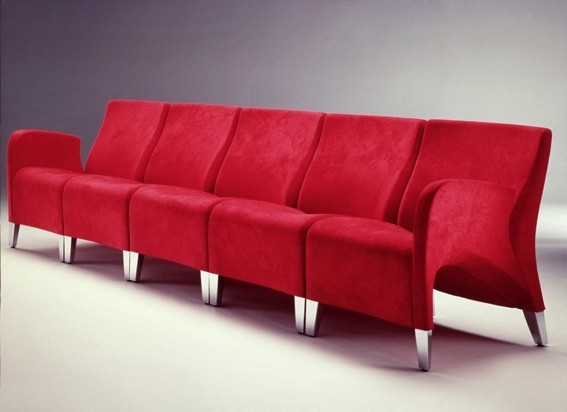