GIGOLÓ Nightstand This design is an up-dated version of the traditional nightstand, principally in terms of the materials used in its manufacture and its folding characteristics. GIGOLO is produced in lacquered tubular steel with a chrome plated bar. It has two supporting structures, one in grille form designed to hold shoes and positioned in the lower part of the stand and another structure in the form of a simple bar, for hanging up ties or belts. Both of these structures are chrome plated to prevent scratches or scuffing. The hangers for trouser and jacket are finished in a non-slip coating. Its curved forms give the stand a certain gratifying effect which is counterbalanced by the colder appearance of the materials used, bringing it in line with the high tech minimalist trend which had so much importance in design during the 1980s. The folding characteristic of the GIGOLO model comes in response to the increasingly reduced dimensions of modern-day homes, which, on the one hand converts this product into something very useful though on the other hand makes it necessary to find solutions for its volume. Produced by: Eredu Year of design: 1986 Year of production: 1987 www.eneacontract.es 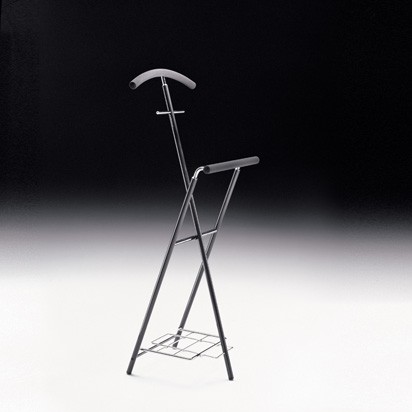 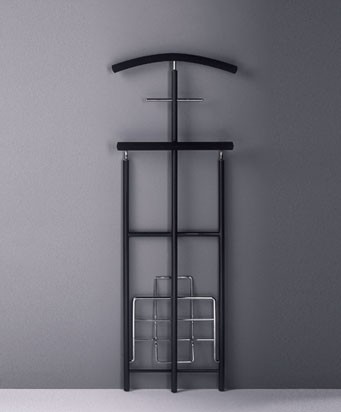