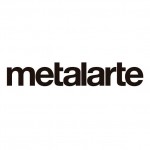 ÁNADE Lamp ÁNADE is a halogen table lamp. It is made up of a circular steel base which incorporates the power switch and the dimmer switch. The simplicity of the piece is continued in the two-section tubular steel arm, which can fold and swivel, culminating in a small semi-spherical lampshade in high pressure moulded aluminium with a two-layer black, blue or red metallic finish. One of the aspects to be highlighted in this design is that the position of the shade automatically adjusts when the arm is tilted, avoiding users becoming dazzled by a direct beam of light. Also to be pointed out is the rotating movement of the arm on the base, which is regulated by a high precision ball bearing system. The simplicity of ANADE?s forms, thanks to the use of a 50 W halogen light bulb, much smaller than an incandescent light bulb, and the use of materials such as aluminium and tubular steel, bring this piece within the definition of high-tech, the trend that characterised the world of design during the 80?s. There is also a floor lamp version of this design. The ANADE series electrical equipment complies with international quality and safety standards. Produced by: Metalarte Year of design: 1984 Year of production: 1985 Award: DELTA DE PLATA ADI-FAD 1986, Barcelona. www.metalarte.com 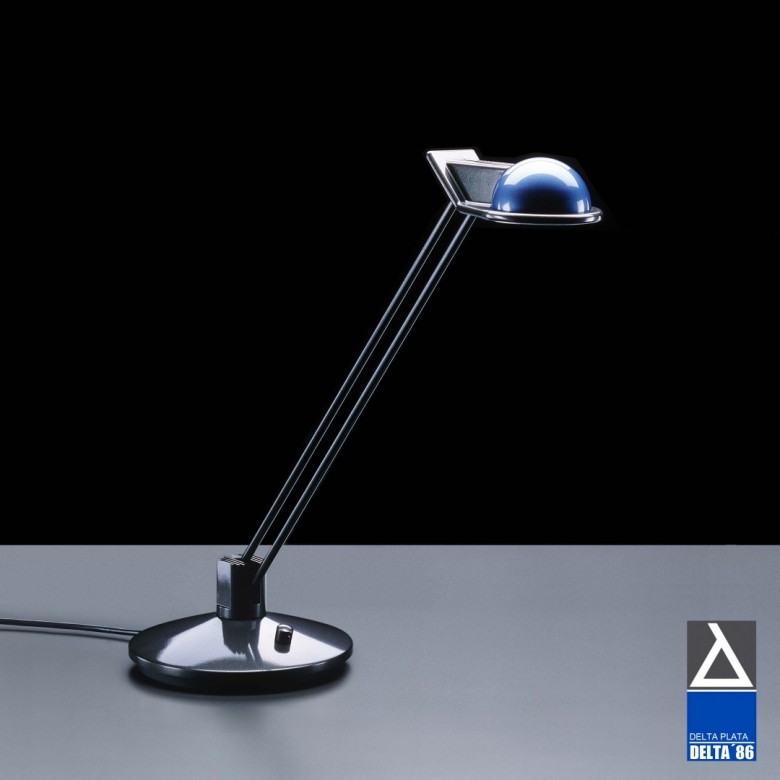 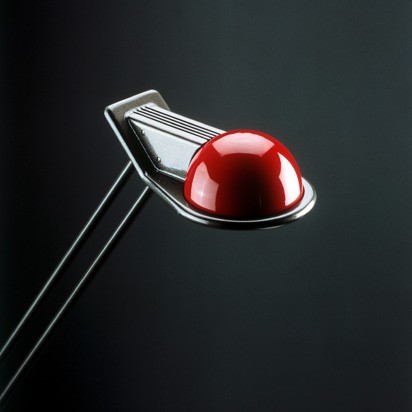