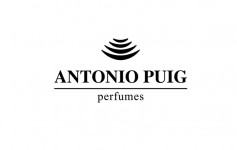 AQUA Perfume bottle.The target market and the concept addressed by the new packaging for Hortensia H led us to design a container that was intended to appear direct, masculine and natural. Therefore the shape of the container, the relationship between its two main components - the bottle and its top -, its functionality and, finally, its finish, had to respond to the three basic expectations that were defined during the conceptual briefing. Our search for a masculine, classic and restrained shape for the ensemble was, as previously defined, based on a reinterpretation and redesign of the brand?s feminine fragrance, which we had also previously designed. A shape that could promote a Mercadona-type style of perfume was considered a positive feature, so we focused on this option and based our design on a shape that could be juxtaposed with a stylised, slim and feminine look by presenting a more solid appearance, similar to a hipflask, that could stand in a steady and well-balanced way, radiating decisiveness and character, and was clearly intended to convey a sense of readiness, the dynamic posture of someone who is about to get going, to make a move, to jump up, ...... We managed to achieve this masculine, yet direct look by cleaning up the shape as much as possible, giving it a soft, ergonomic outline without making any concessions to decoration; a single shape, as if extruded, whose character is defined by two well-defined, oblique dents. The top blends perfectly with the overall shape and gives the impression of being more than just an afterthought; a top whose sole purpose is to guard the nozzle. We turned to water as a natural point of reference, a primordial element that clearly conveys freshness, energy and freedom, to which we added a clear reference to a ship, a keel that is straining to set out, to be unleashed, to get going, to make headway, ....a ship?s bow that is directly linked to the masculine psyche, helping the main target consumer to identify with the fragrance, whilst also allowing the new fragrance to be recognised and chosen by women who are already loyal consumers of Instance perfume and wish to purchase the new cologne as a gift. The two finishes, just two colours for the entire bottle, will help to identify both fragrances clearly: deep navy blue for the fresh, masculine, ocean feel, perfectly complemented by the warmest of ambers, which are also masculine and natural, and will provide these items with the classic feel of a tried and tested men´s cologne. In short, a single bottle for two fragrances that manages to be masculine, natural and classic. Produced by: Antonio Puig Perfumes Year of design: 2004 Year of production: 2005. Designed by Josep LLuscà. 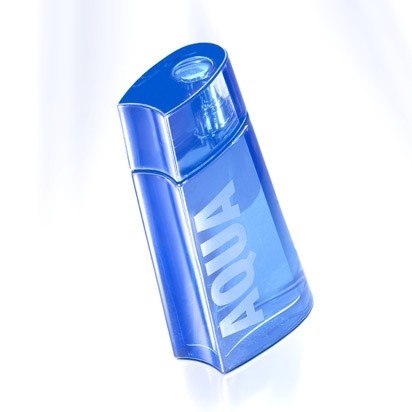