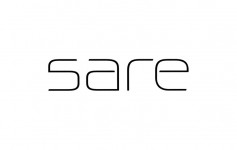 BARRA LIBRE Occasional furniture BARRA LIBRE is a piece of highly versatile occasional furniture destined mainly for use with audiovisual equipment. It is a low bench that can be fitted with a variety of support structures to permit multiple functions. BARRA LIBRE is an up-dated version of the traditional trolley for audio or video equipment. This is a product that in stead of using the principle of verticality, which is characteristic of these units, has opted for a horizontal design. This adds functionality to the design as it makes it possible to put any type of object on the unit or even use the unit as a room division between two open spaces. This is an innovative and unique piece of furniture whose visual transparency makes it suitable for use in places where a conventional piece of furniture would be unsuitable, such as in front of a window or a radiator for example. Its transparency stems from the apparent lightness of the support structure which is made up of a moulded aluminium crossbar with legs fitted at the ends by means of a clamping system. The crossbar has guide rails that are used to insert and secure the elements making up the unit?s accessories. These rails also make it easier to insert cables and can even be fitted with electrical sockets. Drawers, revolving trays, shelves with a non-slip surface for audio equipment, support structures for CD or side tables are some of the accessories available for BARRA LIBRE. These can be fitted to suit the personal requirements or functions that each user might have, which also gives rise to the name of this design. All the accessories are manufactured in glass, aluminium and various types of natural or lacquered woods. Produced by: Sare Year of design: 2000 Year of production: 2000 www.sare.es 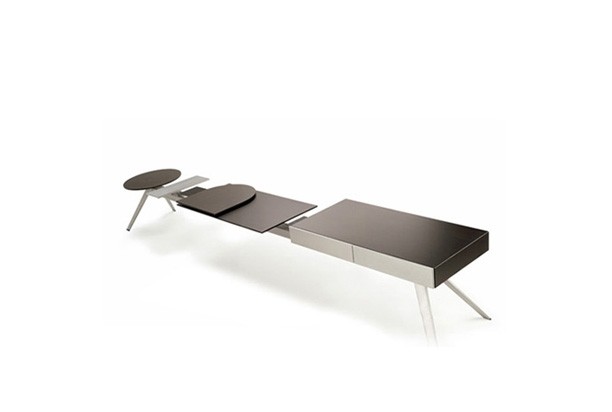 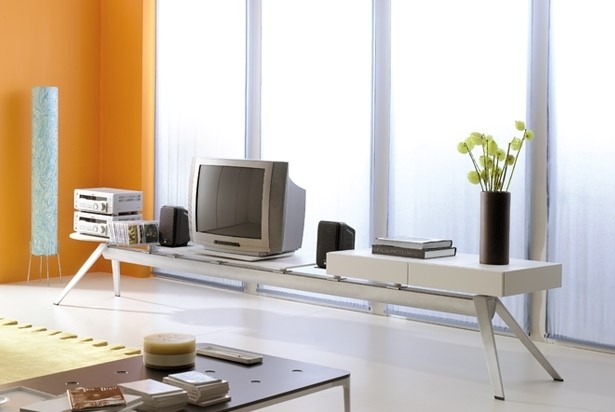