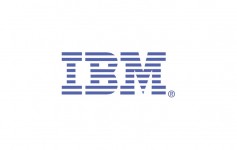 JJOO?92 Sculpture As one of the official companies collaborating in Information Technology and computer applications for the 1992 Olympic Games in Barcelona, IBM sought to mark this achievement by commissioning a commemorative sculpture for its central offices in Barcelona. This unique element is an elliptical section monolith finished off in a pinnacle which has the appearance of being suspended in mid air. The entire piece reaches a height of 8 meters, measuring 90 centimetres in width and has a thickness of 50 centimetres at its broadest point. Both the pinnacle and monolith were produced in polyester and fibre glass with a white mother-of-pearl finish and have a metal profile inner structure which secures the piece to its foundations. The monolith, lit from the ground on both sides, has a flashing stroboscope light at the top which can be adjusted to flash like a lighthouse. This flashing light can even be synchronised to coincide with the rhythms of the human heartbeat. The monolith has up to three different graphic elements: the IBM anagram engraved in relief form on the polyester, the motto of the Barcelona 92 sponsorship campaign, written in Catalan and in Spanish and engraved in bas-relief on the two sides of the sculpture and, finally, also on both sides, the official COOB 92 logo in the approved colours, transferred onto the polyester. Produced by: IBM Year of design: 1989 Year of production: 1990 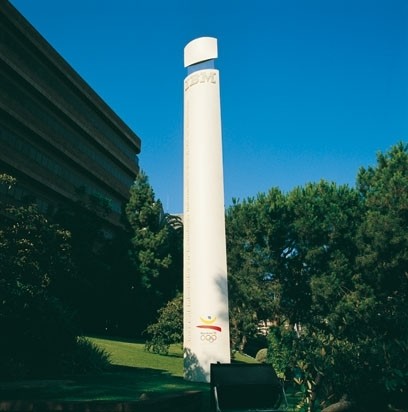 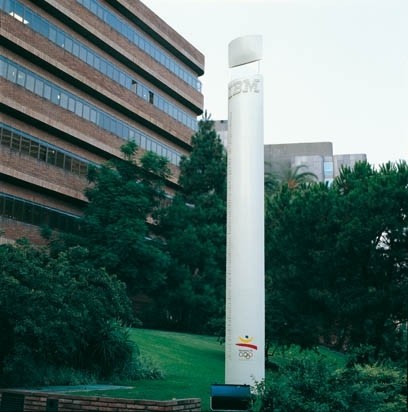