CARLSBERG Beer pump. Beer pump designed by Josep LLuscà in collaboration with Ramón Benedito. This project was concerned with designing a beer pump that differed from the rustic look of the more traditional designs. To achieve this, the basis for the forms and design lines were taken from a rationalist style of architecture that was subdued and simple. The design was also intended to move away from an opaque and barrier-like appearance, similar to that of the draft pumps already existing on the market. To achieve this, through emptying out the central volume, the idea was to give the pump a clean and transparent look, which would let the consumer see the beer as it was being poured from the pump. The pump was also designed with a simple assembly and dismantling mechanism to make installation possible without drilling holes in the surface of the bar. Taking into consideration the fact that this was an advertising structure for the beer company, sufficient space was included on both sides of the beer pump to incorporate the brand of product logo. In addition, the pump also had to have a similar image to that of the brand, in other words, a modern image but with years of tradition behind it as well as experience in the market. For this reason materials such as porcelain, stainless steel and varnished brass were used in its design, to help convey an image of tradition and modernity. Produced by: Unión Cervecera - Carlsberg Year of design: 1985 Year of production: 1986 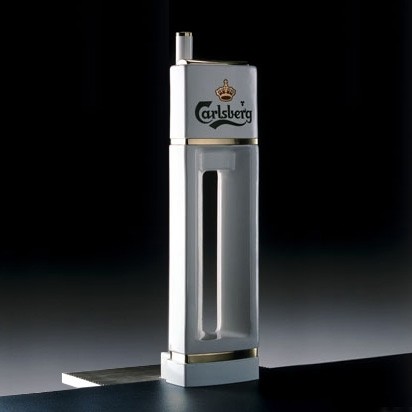 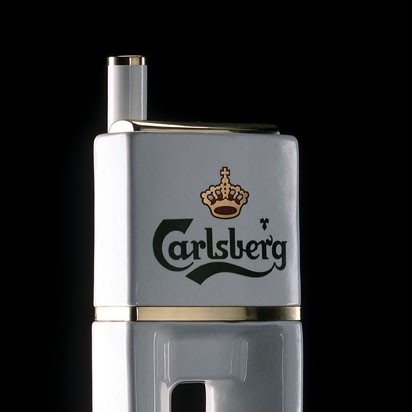