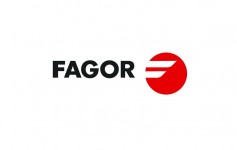 RAPID-EXPRESS Pressure cooker All of the mechanisms for the RAPID-EXPRESS DIGITAL pressure cooker have been integrated into the handle. In addition, it has a pressure regulator with three cooking settings, compact heat diffuser base and a triple safety system complying with international standards. This pressure cooker is equipped with a double safety system to ensure that the pressure inside the pressure cooker does not rise until the lid has been properly closed. It also has an automatic valve to eliminate steam from inside, preventing a higher pressure than the pressure setting that has been selected for cooking. An additional valve guarantees that no damage is caused to the inside of the pressure cooker as a result of an abnormal increase in pressure. The fact that high pressures are being used makes it possible to cook three times faster than with traditional cooking methods. As a result of the simplicity of its mechanisms, this pressure cooker functions perfectly, making it unnecessary to clean the mechanisms. This model incorporates a digital timer which indicates the remaining cooking time. Ergonomics and simplicity are two of the main characteristics of the SPLENDID pressure cooker design in which one of the grip handles has been replaced by a shaft handle incorporating a bayonet closing mechanism, which is characteristic of all pressure cookers. This mechanism makes it possible to eliminate the traditional elements in this type of cooking system such as the bridge or the pommel. The handle incorporates all the timing and safety mechanisms which were incorporated into the lid in previous models. A switch has been inserted into the upper part of the handle itself to prevent the pressure cooker from being opened without having been decompressed first and there is a security valve in case of a build-up of pressure inside the pressure cooker. To reduce costs in the production process, SPLENDID incorporates a new mechanism to operate the valve by means of a simplified counter-weight system which is much easier to use than the previous version. Produced by: Fagor Year of design: 1992 Year of production: 1992 www.fagor.com 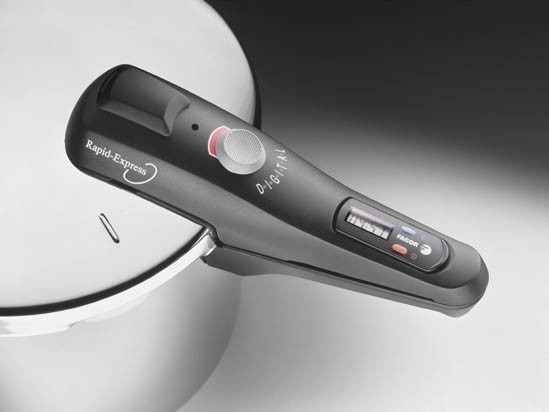 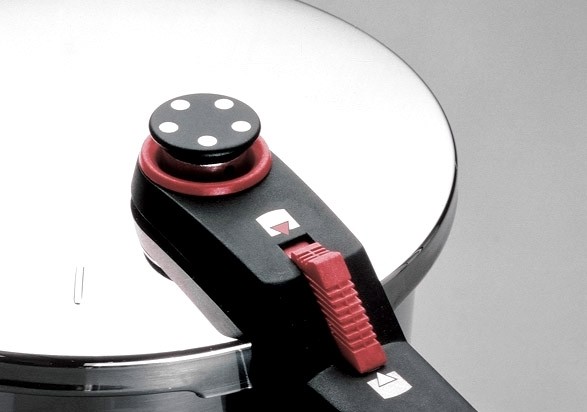 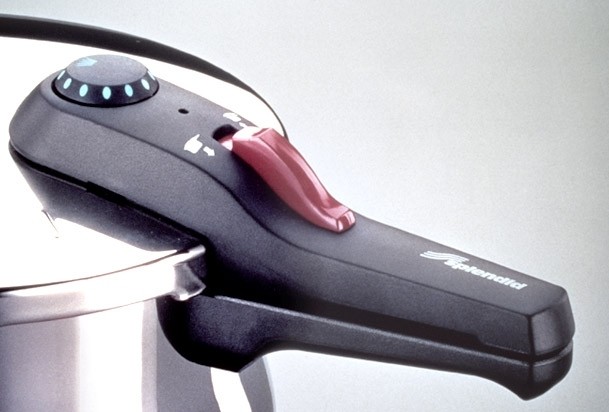